Most Likely to Succeed:

Von Miller. Bradley Chubb. That duo rivals JJ Watt and Jadeveon Clowney in Houston as the best pass rusher duo in football and will strike fear into every AFC rival. Chubb could have gone as high as second to the Giants but slid to the Broncos at five and is in the perfect position to succeed. All of the quarterbacks have question marks and could flame out. I see All-Pro selections in Chubb’s future.

Saquon Barkley is the obvious choice but since he warrants all the hype, I’ll give the spotlight to someone else. This is somewhat surprising but Mike Hughes could be a great one. Some thought that Hughes could be the best corner in this draft. If proven true, the Vikings WILL be playing in Atlanta for Super Bowl 53. Imagine Minnesota with two elite corners and safety duos…help us all. He won’t be pressured to start immediately but Hughes could push Mackensie Alexander for the third corner spot and maybe even Trae Waynes on the outside. If he isn’t ready to start Day 1,  Hughes may contribute the most on special teams. Marcus Sherels is a great punt returner but he may become expendable as Hughes can double up as a productive corner and a explosive return man.

The Indianapolis offensive line is one of the worst units in all of football, regardless of position. Nelson, the top offensive lineman in the draft and, according to some experts, a certain Pro Bowler, will start Day 1 and provide Andrew Luck (or whoever is under center if Luck is still injured) some relief for once in his career. His selection made so much sense and is essential for Luck’s hopeful return to effectiveness.

The Packers could pick all defensive players in the 2018 NFL Draft and fans would still be pretty happy. A-Rod has had to carry the Packers subpar defense for years. Enter Jaire Alexander. He brings the swagger and playmaking ability that Green Bay needs to boost their secondary prowess. If either Alexander or second round cornerback Josh Jackson pans out, the Packers will be back as Super Bowl contenders once again.

Most Likely to Bust:

Baker Mayfield was a great college football player and will parlay his amazing arm and feet to the pro game. But too much screams bust for me to trust Mayfield as the guy to turn Cleveland around, and anything less than a revival would be reason to consider Mayfield a bust. Mayfield has the upside of Brett Favre (for his playmaking ability) but the downside of Johnny Manziel (for his off-the-field concerns) and his career will end up somewhere between the two, but I’d guess closer to Manziel. For one, Cleveland is the most dysfunctional organization in sports (1-31 since 2015) and Mayfield’s antics with Cleveland’s history seems like an explosive combination. Second, Mayfield’s size puts him at a severe disadvantage in the pro game, and the list of 6’0” guys to succeed at quarterback in the NFL is slim. Third, I’m not sold that he’ll excel as a pocket passer, and if he can’t than his upside is only as a highlight-reel, Mike Vick-esque player. Plus, he’ll have to deal with the Ravens and Steelers twice a year, and I know of another first round selection that could be great in Baltimore (see below). Mayfield could be a transcendent player, but too much is stacked against him for me to foresee much success for Baker.

Josh Rosen may be one of the most talented quarterbacks in the draft and he will most likely be the backup behind Sam Bradford and Mike Glennon so I doubt he sees the field Week 1. That being said, his attitude is poor. Sure, you can be motivated not being drafted in the top three or four picks. However, calling the nine players in front of you a “mistake” isn’t going to win over many fans. Is Barkley a bust? Are the Buccaneers or Colts going to draft you with franchise quarterbacks on their roster? Patience is a virtue my friend. Take it like Aaron Rodgers did and tear up the league when you get a chance. The players in front of you aren’t scrubs ya know.  I liked Rosen coming into the draft. Now, I’m not so sure.

Most Likely to Turn a Team Around:

The Jets are a dysfunctional franchise, but unlike the other USC quarterback the Jets took in 2009 (Mark Sanchez), Sam Darnold is an MVP-type talent. New York’s roster is less than playoff caliber, but Darnold will learn from quarterbacks Josh McCown and Teddy Bridgewater as he develops and has a steady coaching staff to guide him (unlike Sanchez’s Rex Ryan). If Darnold can cut down on turnovers (and I know he can), he can lead the Jets to the Super Bowl for the first time in decades.

I’m a little higher on Allen than most pundits are. He reminds me of Jay Cutler in a way with a cannon for an arm but questionable decision making. Still, the Bills made the playoffs last year (9-7 record) with Nathan Peterman and Joe Webb playing in a couple of games. LeSean McCoy is the focus of the team anyway and Kelvin Benjamin has a wide catch radius to bring down some of Allen’s wild throws. The Bills probably won’t be playing in many shootouts next season but all Allen needs to do is not throw multi-interceptions every game and the Bills can win right now. They should be a tough out in every game.

I’ll admit, I wasn’t thrilled that the Cowboys passed up Calvin Ridley and DJ Moore to select Vander Esch. But after seeing Vander Esch embrace Cowboy Nation and realizing how well he fits into what the Cowboys need, I’m sold. Dallas lost linebacker Anthony Hitchens in free agency and Vander Esch could become an even better player, plus provide the talent that Dallas desperately needs on defense.

Speaking of receivers that Dallas passed up… It was no secret that OC Norv Turner, HC Ron Rivera, and the Panthers had Moore high on their draft board. Just take this picture for example. Love at first sight. They even passed up consensus #1 receiver Calvin Ridley to take him. Former Panthers receiver and NFL Network analyst Steve Smith had glowing marks on the Maryland product: “They have never been able to replace me … until now.” Moore can play the X or the Z spot on the field and with a 4.42 40, can stretch the field. Cam Newton, Devin Funchess, Christian McCaffrey, Greg Olsen, D.J. Moore, and Torrey Smith? Carolina may have a top 10 offense comparable to the Super Bowl team in 2015.

Player Whose Jersey You Most Want to Order Right Now (Most Hype):

The selection of former Louisville quarterback and Heisman winner Lamar Jackson by the Baltimore Ravens signifies the dawn of a post-Joe Flacco era that the Ravens sorely need. Flacco brought the team to five straight playoff appearances in his first five seasons, culminating in a Super Bowl victory, but as the Ravens have fallen short of the playoffs in recent seasons Flacco’s game has become inefficient. So now the Ravens are preparing for a transition from a guy who doesn’t know how to slide (Flacco) to one that hurdles defenders (Jackson). As a Ravens fan, that is really exciting.

During my draft research, Sony Michel was one of my favorite players to watch. His burst through the line and into the open field is exciting to watch. Now he goes from carving up the Oklahoma D for four touchdowns in the Rose Bowl to smashing into the end zone against AFC East foes. Josh McDaniels offense with Tom Brady at the helm is scary enough. Add a game-changer at running back and the Patriots may find themselves in yet another Super Bowl.

Most Likely to Win Offensive Rookie of the Year:

Aside from Buffalo’s Josh Allen and possibly Arizona’s Josh Rosen, the quarterbacks selected in the first round of this year’s draft should have the luxury of learning from the bench instead of getting thrown into the action. The receivers in this year’s class aren’t especially inspiring, and no offensive lineman has ever won the ROY award. That leaves Saquon Barkley, who almost immediately becomes the best runner to don the Giant uniform since Tiki Barber. Barkley could very well continue the trend of rookies leading the league in rushing (Kareem Hunt in 2017, Zeke Elliott in 2016) and benefits from an improved NY offensive line and an NFC East a little lacking on the defensive side.

There aren’t many candidates in the first round to make a big impact. Offensive linemen don’t win awards. Who else could I pick? Sony Michel is interesting because of his explosiveness but due to Belichick’s seesaw attitude with running backs, I can’t see it happening. Mayfield, Rosen, and Darnold may all end up on the bench for a large part of the season. Allen will definitely be in the running since he is the only sure fire starter due to the team’s situation. Only two receivers, DJ Moore (CAR) and Calvin Ridley (ATL) were great picks but established stars like Julio, Olsen, and great RB’s on both teams, I don’t think they’ll get enough passes come their way to warrant consideration. I’ll take the safe pick here as Barkley runs away with it.

Most Likely to Win Defensive Rookie of the Year:

The rich get richer as the Broncos will now have one of the league’s best defensive end tandems in the league. With Von Miller commanding much of the double teams, Chubb should take advantage for a double digit sack season and DPOY honors. Last year, Miller had a “down year” with ten sacks. Chubb will help Von get closer to the 18.5 sacks he had in 2012 than in 2017. 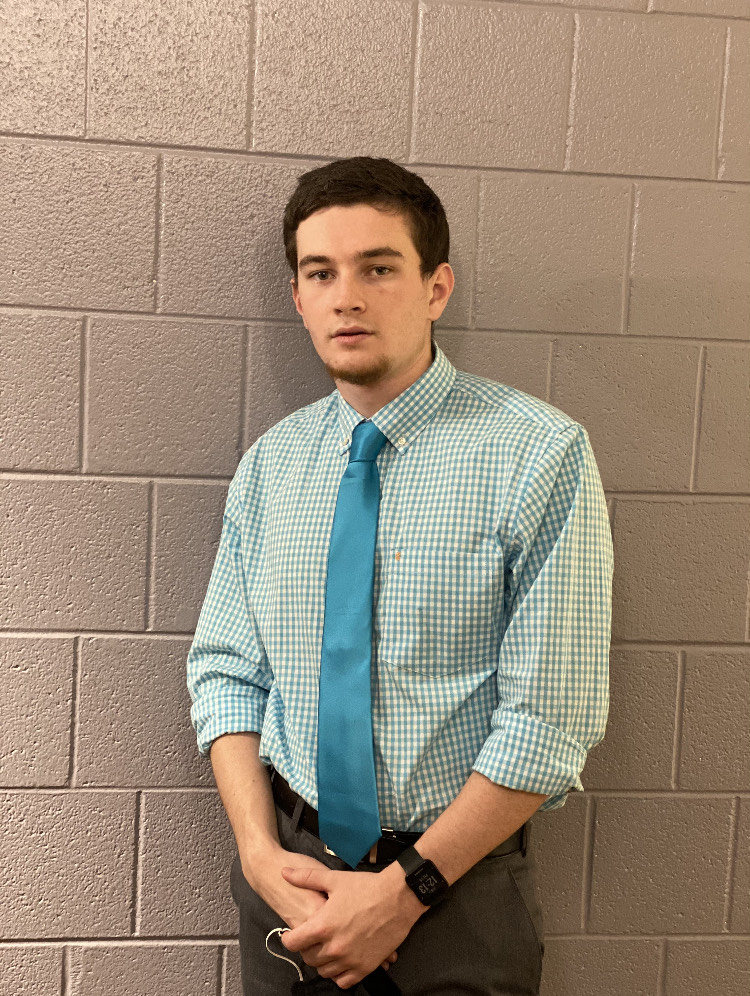